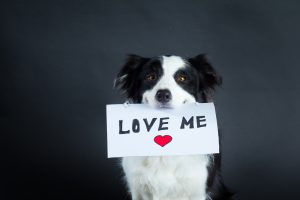 Thinking you want to expand your family? If you want to provide an animal with a forever home, consider adopting. Each year, 2.7 million cats and dogs are euthanized in the United States because there are too many pets in shelters and not enough people adopting.

Animal shelters and rescue groups have many happy, healthy pets waiting for their new family. Many pets in shelters have no problems, but they were placed there due to past situations such as a divorce or a move. This means they are already used to living with families.

Not only will these pets provide you with unconditional love, but you have the opportunity to show them the world loves them, too. In addition, adopting a pet comes at a much cheaper cost and usually includes the spay/neuter process. Many pets in shelters have already been potty trained, making the transition into your household a little easier.

Overburdened shelters take millions of pets in a year, and by adopting your new furry friend, you’re making room in the shelter for another animal. This helps gets more animals off the street and into their future home. You’re providing a second chance for many animals everywhere! It is important to remember, however, to ask for permission before gifting an adopted animal. This will stop the cycle of animals being put back into shelters.

You have the power to change the world of a homeless animal. Who knows, maybe your world will be changed, too.